Group of sharing on the world of gobies 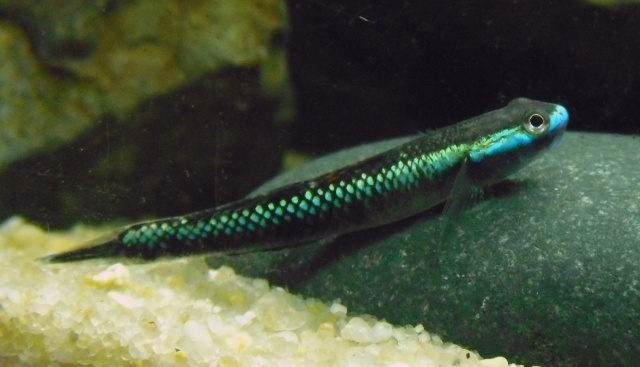 Forum for aquarists of the world who want to share their knowledge on the freshwater gobies.

You are not connected. Please login or register

The nature or the man who is guilty?
Manusia atau Sifat yang bersalah?

Hello on this video you can see that Lake Tondano in the region Minahasa hosted several of Aquaculture Site ( net and cages)
for the parameters of this lake I understand better why have mostly found the cichlid.

A natural catastrophe would the cause suffers from a pocket the ancient volcanic eruptions would be back in the lake but the information and rather confused and asks for investigation because several operating mines located near the lakes of Sulawesi.
You can see that hundreds of tons of freshwater fish died, the cost would amount to a hundred billion Indonesian rupiah (€ 818,590.75)

This video proves that I was right on the fact that Indonesian fishermen from Sulawesi uses the lake as a nursery.

Now the question is whether the species of fish endemic to the lake they have able to survive this pollution?

Do not forget that the lake is invaded by the hyacinth ...
Jangan lupa bahwa danau diserang oleh eceng gondok ...

The answer from an expert
Thanks for the e mail. I am very busy now in Sudan-finnishing mapping. I will reply in detail soon. Lake Tondano is in danger- high sedimentation( in 1936 the depth was about 45m now in 2010 only about 12m..,There is rapid spread of water Hyacinth - a weed. We calculated that if the Hyacinth is not harvested the lake will be completely covered in 3 years by this weed. There will be no fisheries, drinking water supply or water for hydro power supply. It will also lead to the end of Minahasa economic survival and beginning of end of their culture. Water has risen due to the hydro power generation- PLN -inistry of energy need to supply water for the power station. The high water table causes flooding and damage to agriculture.